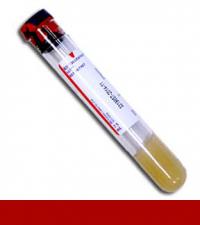 If ANA Screen, IFA is positive, then ANA Titer and Pattern will be performed at an additional charge (CPT code(s): 86039).

If any of those five antibodies are positive, the cascade stops and the results are reported.

If any of those four antibodies are positive, the cascade stops and the results are reported.

Please note the cascade stops upon the first positive antibody result(s) found in a group and an interpretive message is applied based on this information. It is possible that antibodies in subsequent groups are also positive, but will not be added, billed, or reported. Please contact your local Quest Diagnostics Laboratory if you are interested in adding this additional testing.

The CPT codes provided are based on AMA guidelines and are for informational purposes only. CPT coding is the sole responsibility of the billing party. Please direct any questions regarding coding to the Payor being billed.